HomeNewsSelf Storage ManagementMake a Plan and Write it Down

Make a Plan and Write it Down 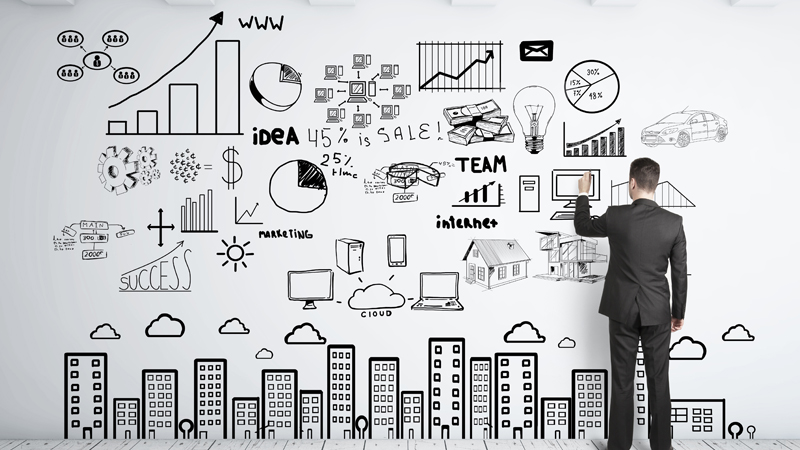 I decided that wanted to work for myself a number of years ago. I was working for a PLC at the time in their property department. It was on a good package with a company car, private health, pension all the usual. The work was interesting. However I felt it was time to make the move. But why?

I think the overriding reason was to have independence, where I had control over my own destiny. This was the principle reason. I also wanted to make more money. However I did not have a written business plan.

A friend was in a similar situation and so we decided to make the leap together. This seemed like a good idea at the time and also it seemed easier to have someone else there to discuss and make decisions with.

On Friday I handed back the company car keys and on Monday arrived at a serviced office building, where we had rented two desks and two phones in a large open plan office with about fifty other people running their small businesses.

Then the realisation hit home! What had I done? I had given up a salary, package and security, I had no clients, and just to top it all the phones had been allocated the wrong number, so no one could get hold of us anyway!

So what did I learn? There were numerous lessons but just to consider a one in this article. Whatever you are doing whatever the business, you need a plan. If you don’t know where you’re going how are you never going to get there.

There are numerous things I did wrong. I had no plan, no structure, few short, medium and long term goals; I had no agreement or plan with the friend I set up with. It was all seat of the pants stuff.

Your Business Plan will cover a number of areas, but what is essential to get what’s in your head down on a piece of paper.

In the first instance this maybe just information dumping. There are numerous tools and apps to assist with this, but a pen and a notebook I think are probably the most useful. Just somewhere to make notes and lists.

I also use mind maps. These are great. There are plenty of apps out there that you can get for your phone or tablet. Examples include Simple Minds and some are free.

Just get it down in any form to start with. Then you can start to get it in some semblance of order. There will be numerous areas to consider, such as financial forecasts and marketing etc. But in the first instance get your plan written down and then you can start to add and amend it and give it structure. This will then enable you to start to understand deliver-ability of your plan and whether the idea is feasible and worthwhile.

So my top tip today is get a note book and write it down, Maybe use a simple piece of software to help you initially plan and structure your idea, maybe use mind maps. Possibly use Microsoft One Note. Where you start and where you finish, will be completely different, but by writing it down, you can start to build a platform to structure and appraise your business.